I am up a hill. There is a gentle breeze and it is so, so quiet. It is fabulous. 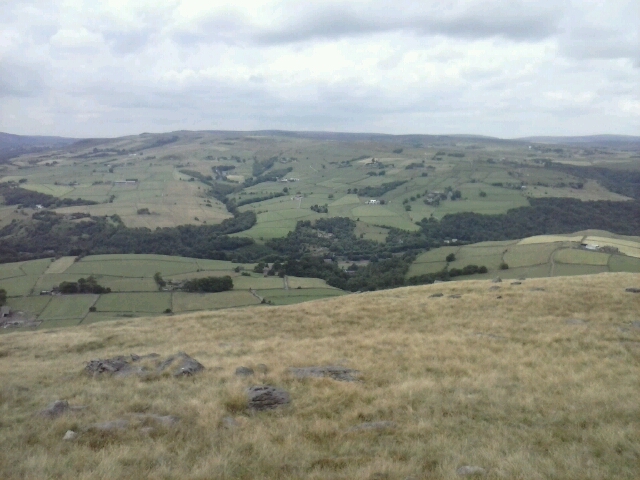 Posted via LiveJournal app for Android.

Rain rain rain! And then sun. The vegetables like this :-)

Spread a couple of tablespoonsful of pesto on the bottom of an ovenproof dish. Then later sliced courgettes, pepper, mushrooms and cherry tomatoes on top. Drizzle some olive oil on top, add some torn fresh herbs and a grinding of black pepper, and roast in the oven for about twenty minutes. Then mix the breadcrumbs and grated parmesan together, sprinkle this on top of the roasted vegetable mixture, add another little drizzle of olive oil and return to the oven until the topping is golden and starting to go crunchy. We had it with boiled new potatoes and mangetout.

I seem to have developed a habit (or an odd mental and visual quirk, or whatever) of misreading things. When this happens, my brain transposes letters. Usually, I manage to sort it out fairly quickly, but occasionally, the misreading is actually quite sweet, such as today outside Lincoln Cathedral where I thought I saw a Snug Eucharist being advertised. I rather like the idea of a Snug Eucharist.

mockduck will know that the two of them organised a Livejournal Secret Santa. It was a brilliant idea and there has been lots of plotting going on. I still have no idea who my Secret Santa was, but my gift was a package of delicious squishy cookies and Bee Wilson's Swindled: From Poison Sweets to Counterfeit Coffee, the Dark History of the Food Cheats. Thank you! It was a really lovely surprise and both the book and the cookies look excellent (Small Hare is very interested in the cookies, and wanted to know who was sending me presents wrapped in Charlie and Lola wrapping paper). I hope you had a lovely Christmas!

It has been a relaxed day in the Hare household: lots of eating and playing with Small Hare's new toys, and occasional bits of snoozing. Small Hare has a heavy cold, and hasn't wanted to eat anything that didn't involve either chocolate or satsumas; he has just gone to bed and fell asleep within two minutes, which is rare for him. M and I are making plans that involve Stilton and pears and red wine. Best wishes to everyone.

Small Hare announced that he had spiky pie for lunch at nursery. It turned out to be enchiladas. Spiky pie sounds much more exciting, though.

What do you think would be in a spiky pie?

This is the best news I've had in ages.

This site is brilliant! I particularly like the fact that there are two different types of whale.

Mr H took Small Hare to Mini Music Makers at Stamford Arts Centre today. The Arts Centre cafe is one of those places where mums with prams congregate before various messy play activities and toddler music groups, and there has been a rash of snotty notices in the cafe about how 'mums' {sic} need to take reponsibility for their children's behaviour. Mr H was talking to one of the other mums about this, and she said, 'Oh, they need to be careful not to alienate people, given the power of the pram pound'.

The pram pound! What a brilliant expression! It is utterly perfect, and captures all those Boden-clad mummies (because most of them are mummies, let's be honest) meeting in coffee shops to eat cake and get away from endless episodes of the Tweenies. I have filed it away, and will tell the Upper Sixth on Monday so that they can quote it in their Language Change paper and stun the examiners with their awareness of the cutting edge of linguistic innovation.